Face to face with Michael Jenkins 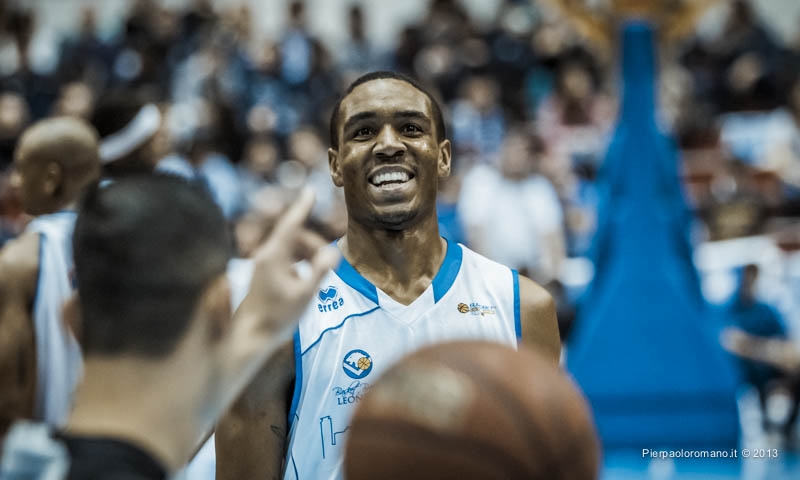 Michael Jenkins is one of the main protagonist of this great season by Basket Brescia so far. He’s averaging 18 points, 5 rebounds and 2 assists for game, stats of a real leader: here’s his interview. Enjoy it!

How do you feel here in Brescia?
I feel really comfortable here. One of if not the best city I’ve played in for sure.

What do you think about the society, supporters and the “stadium”?
Everyone, from the society to the supporters of the team, have been great. They make it really easy to want to go out there and play to represent the Basket Brescia. I like the arena as well, minus the extremely hard floor.   The supporters make the arena very exciting to play in.

What do you think about your coach and your teammates?
I have nothing but good things to say about all of them.  They make coming to “work” everyday enjoyable.

Where do you think the team can arrive on this season? (Playoff, something lower or something higher)
I feel everyone is improving and the team can go really deep in the playoffs as long as we all stay focused and continue to work, but most importantly take it one game at a time.

Which are the differences between the Belgium championship and the Legadue one?
The main differences, in my opinion, are the number of Americans, and that the domestic players are more talented here in Italy.

And so, what do you think about the Legadue championship?
I think it’s lived up so far to all the hype I’ve heard about from my agent and friends of mine that have played in it before. Also, this year it seems anybody can beat anybody on any given night, so it’s very competitive.

On what have you had to work more to adapt at this championship?
I had to mainly adjust to the officiating. Once I got the hang of that I was able to adapt and perform at the level I am suppose to.

Which was your first thought after Brescia’s call?
My first thoughts were, how good where they last year and who else is on the team, if any, that I may know.

Which is/has been the best memory/moment of your career so far?
The best memory of my career so far has to be my season in Germany. We didn’t win like we are winning here now, but I was able to really kick-start my career by showing and proving I was a high level player.

Have you got a nickname?
No, I don’t really have any nicknames.

Which is your favorite number?
11

Which team do you support (nba, nfl, nhl, mlb, etc.)?
I don’t really have any favorite professional teams. I really just enjoy sports and talented players. I love watching people with great talent and games that are really competitive.

The best player you have ever met in your career?
That’s a hard question because I’ve played against a lot of very good players. However, If I reflect back all the way from college to now and who is the best player at this current time out of everyone I’ve faced, I would have to say Stephen Curry of the Golden State Warriors.

Best game ever played?
The best game I’ve ever played has to be my college conference championship game in 2008.

Attack or defense?
I prefer both evenly. I really enjoy show casing my scoring ability, and I take pride in my defense and showcasing my ability to guard the basketball.

A message to a member of the staff?
Nothing less than a thank you for everything they do for the team.

A message to a your teammate?
Just continue to work hard and get better. Believe and approach every practice and game with the mindset that we can win a championship.

If you hadn’t become a bball player, what would have you done on your life?
If I weren’t playing another sport professionally, I would probably have become a coach, personal trainer, or sports agent.

Great 3pt shooter, free throws, passes, assist, ball handling, defense, speed, dunks: mike, is there something you aren’t able to do?
I really pride on the fact of being an all around player. I may be able to do a little of everything but I’m not perfect at anything so I need to get better at everything. I still have a lot to work on as a basketball player to get to where I would like to go in my career.


Thanks Michael to have given us some of your time.