Face to face with “Lobito” 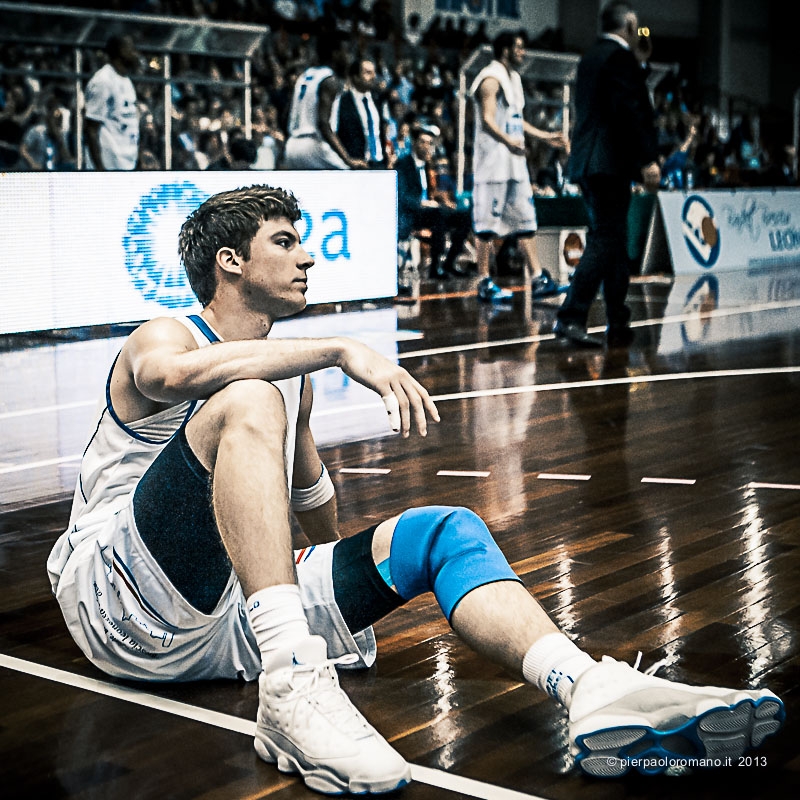 Juan Fernandez is one of the biggest promises of argentinean basket. He’s arrived here in Brescia from the Olimpia Milano and after a slow start, “Lobito” had been able to find a good continuity in his performances: now he’s one of the best point guard in the league and also the best assistman (5 assists for game). Besides assists, “Lobito” can guarantee every game 8 points and 3 rebounds. Let’s start the interview!

Hi Juan, how are you?

How do you feel here in Brescia?

I feel great, I love the city and the people here, and I love it even more now with this nice weather.

What do you think about the team and the coach?

I like playing for this team a lot. I think there’s a good combination of experienced and young players and I think coach has been able to manage and create a really good group. I hope we can win many more games from now until the end of the season.

What do you think about the society and the supporter?

Society and fans have been great throughout the years. I noticed that the support we have gotten kept increasing as the season went on and I’m really thankful for that. We ask for the same kind of support or even more if it’s possible now from our society and fans coming the most important part of the season.

Which are the differences between college basketball and European basketball?

There are a lot of differences. Starting with many different rule changes that obviously make the game change, also the style of basketball played is different. I think it takes some time to adjust and it’s not an easy transition to make for players coming from college, but that transition also helped me develop and grow as a player I think.

Which is your dream? Where do you want to arrive in your career?

I would love to play for a Euroleague team and gain experience and minutes there. But I don’t really think much about the future, I know what my goals are but I try to focus on the present, which today is Brescia, the last games of our season and our playoffs. For me that is the best way to approach one’s career, focusing on the present. There’s always time to think about the future once the season is over.

Where do you think the team can arrive in this season?
I think we have a good chance of going far in the playoffs. If we can stay healthy and focused I think this team can play against anybody on this league. My hope is obviously that we can win the league and put Brescia in serie A next season.

Your nickname is “Lobito”: why?
Because of my father. It is actually his nickname. People gave him that nickname when he started his professional career as a basketball player, he played for a team where the mascot was a wolf (Lobito) and since he was the captain and someone who represented that institution very well, a journalist once called him ‘lobito’ and he got that for the rest of his life. Then when I started playing the first thing people started calling me was ‘lobito jr’ and now it’s just ‘lobito’, I guess since my dad retired a few years ago.

Which is your lucky number? Why?
I don’t think I have a lucky number. I used to wear number 5 just because I like it, but in college I could not wear that number since somebody else had it, so I wore number 4 for my dad, since that’s the number he wore when he played. 4 is also my brother’s favorite number so I guess I can say that 4 is like our family number, therefore my lucky number if you want.

Which team do you support (NBA, Serie A basket e soccer)?
In the NBA I support the teams where there are Argentinean players playing, which are now Houston, Knicks, Phoenix and San Antonio. I’d love for the Knicks to win it this year since I admire Pablo Prigioni, I think he deserves it. In Serie A I obviously follow Olimpia Milano since they are the team that signed me and the reason why I’m here. It has been a season with ups and downs for them but I hope they can make a run in the playoffs and win it. And for soccer I don’t really follow Italian calico, I’m a big fan of River Plate in Argentina and I really follow our Argentinean league a lot. I’m a huge soccer fan.

Have you got any ritual before playing a game?
I wouldn’t say I have a ritual but I do have a routine if you would that starts when I get to the stadium an hour and a half before the game. Basically I always do the same things in the same order, from getting dressed to warming up. I guess that helps me focus before the game.

What’s your favorite kind of music and your singer too?
I love music and I listen to all kinds of music. In English, in Spanish, from Pop to Hip Hop to Reggeaton and Latin Music, my music taste is very diverse. I would say one of my favorite singing groups all time is Boyz II Men.

What’s your favorite kind of food?
I also love food so it’s hard for me to pick a favorite one. I guess one of my favorites coming from Argentina would be what we call ‘asado’, which is basically different kinds of grilled meats.

Which is the best player you have ever met/played against?
My first year in college we got to the NCAA Tournament and on first round we played against Arizona State, which was the team where James Harden played, now playing for the Houston Rockets. I think he’s one of the best I’ve ever had the chance to play against so far.

Do you prefer playing attack or defense?
Well to play professionally you obviously have to do both but if you ask me what I’d prefer, that would be offense.

One adjective for describe yourself?
Calmed or quiet.

One message to a member of the team?
To all of my teammates I’d say this is the best time of the season and the reason why we do this. Staying all together we can do big things this year.

One message to a member of the staff?
To the staff I would say thanks for the support all year long and we need everybody more than ever now.

Thank you Juan for giving us some of your time!
You’re welcome… bye bye!