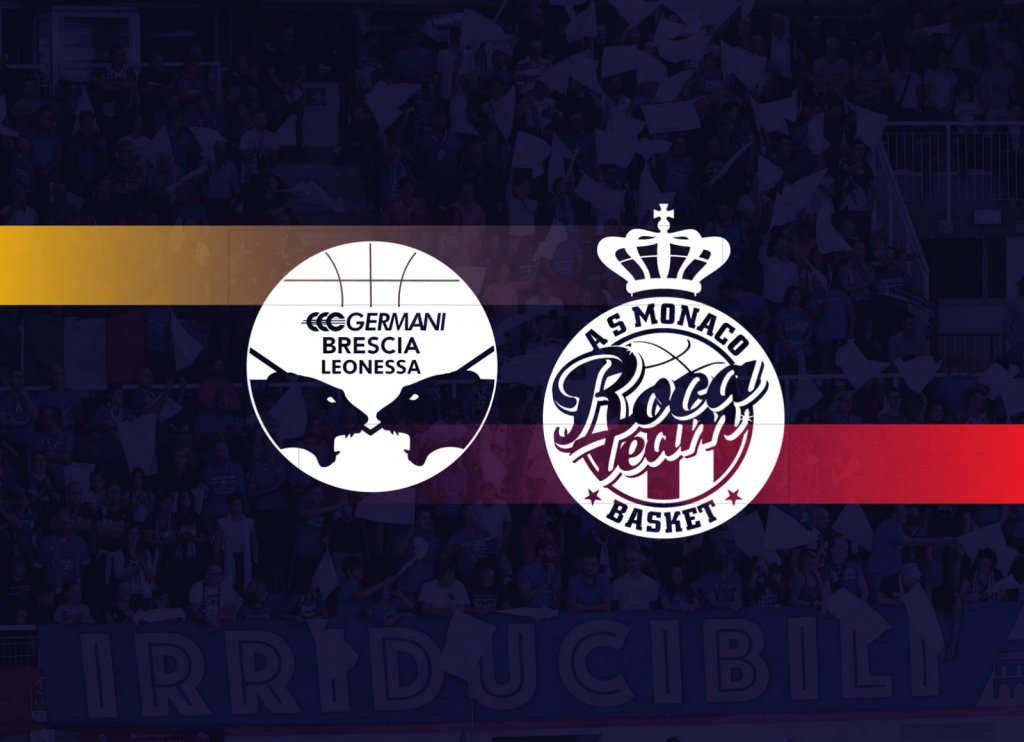 The European path of Leonessa is going to start.7DAYS EUROCUP is about to begin and Palaleonessa will be the sparkling venue of the historical debut of Germani in a European competition.

In the first EuroCup week, Germani will play against the French team of AS Monaco which is also going to debut in this competition, but which has already taken part in a European game after going to the finals of Basketball Champions League and losing against AEK Athens in the last season. These are the games of Group A:

HOW TO TAKE PART IN THE GAME – In order to attend the European debut of Leonessa, it is possible to buy tickets online on Vivaticket.it website. The tickets for the challenge against AS Monaco could also be purchased at the box office at Palaleonessa on 3rd October starting from 7:30 pm.

MEDIA – The EuroCup game between Brescia and AS Monaco will be shown live on EuroLeague TV and by streaming on Eurosport Player (in Italy). Fans will be able to follow the game tuning in Radio Bresciasette (http://www.radiobresciasette.it) and keeping up with the textual direct broadcasting on Leonessa official website.

FORMER PLAYERS OF THE CHALLENGE – Among the rosters of the two teams there are no former players of each other’s team. But in AS Monaco there are some former players of our domestic championship: Derek Needham (49 games in Reggio Emilia in the 2015-2016 and 2016-2017 seasons), Jarrod Jones (double average in Pesaro in the 2016-2017 season) and Saso Filipovski who coached Virtus Roma for 22 games in 2011.