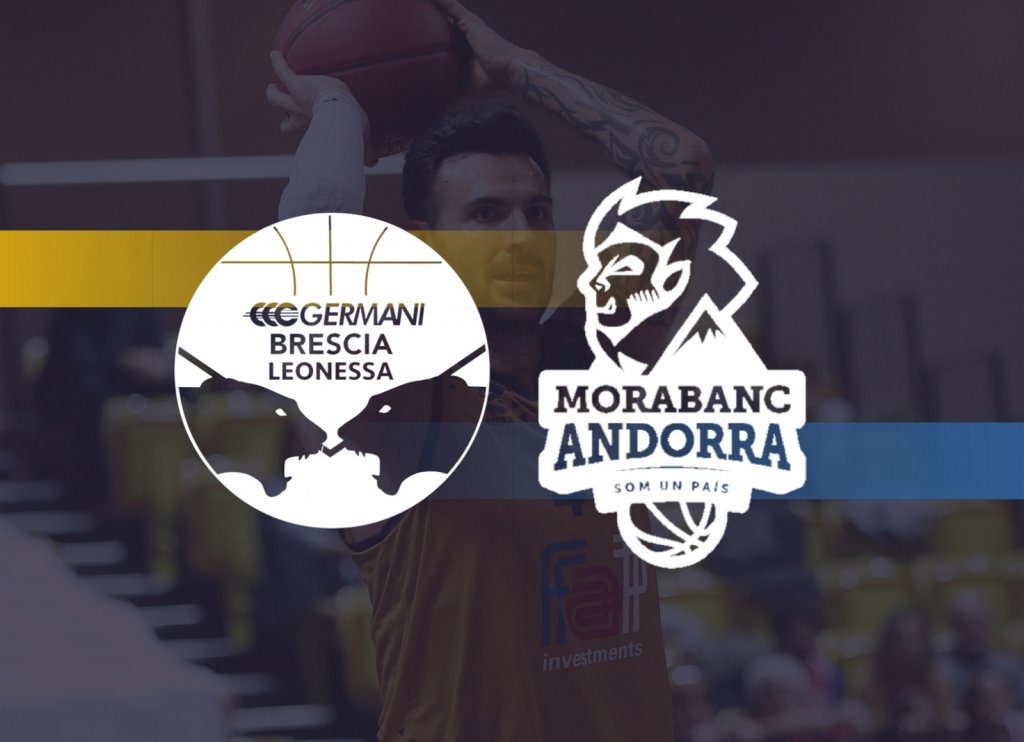 After two consecutive European away games, Germani Brescia Leonessa comes back to its home parquet floor for Round 7 of the 7DAYS EuroCup.

Morabanc Andorra is the guest of  Diana’s team and it is now at the top positions of Group A with the same records (3 wins and 3 losses). Leonessa is instead coming off the great win in Monaco and it certainly doesn’t want to stop dreaming big, while Andorra is looking for its first European away blitz of the season. These are the games of Group A:

HOW TO TAKE PART IN THE GAME – In order to attend the seventh European game of Leonessa, it is possible to buy tickets online on Vivaticket.it website. The tickets for the challenge against Andorra could also be purchased at the box office at Palaleonessa on 14th November starting from 7:00 pm.

MEDIA – The EuroCup game between Brescia and Andorra will be shown live on EuroLeague TV and by streaming on Eurosport Player (in Italy). Fans will be able to follow the game tuning in Radio Bresciasette (http://www.radiobresciasette.it) and keeping up with the textual direct broadcasting on Leonessa official website.

THE FORMER PLAYERS OF THE GAME – The return of Michele Vitali to Brescia, even if as an opponent, will be certainly very exciting for the supporters at PalaLeonessa. Michele Vitali played 62 games in two seasons  with Germani Brescia Leonessa for a total of  704 points scored, while his brother Luca is now averaging 7.7 points per game in EuroCup.

FIRST ROUND – The first round game, played on last October 10th at Poliesportiu de Andorra, was the first European away game for Germani Brescia Leonessa. After playing at the same level for three quarters of  the game, Morabanc played faster in the last quarter until scoring the final 110-91. Reggie Upshow, who scored 29 points, and David Jelinek, who scored 20 points and 7/8 shots, were the top scorers of the game. The game for Michele Vitali was difficult and he scored 8 points but 0/7 from the 3 point line.

FOCUS ON THE PLAYERS –  The danger and strength of the sixth man are some of the most important requirements in order to measure the quality of a team. Andorra can thereforebe considered as an excellent team whether its sixth man is David Jelinek. The Czech basketball player is the main player of the first round game already, he grew up in Spain and he is now the top scorer of Morabanc in the EuroCup with 14.8 points per game, after starting from the bench in four of the six games played since today by the Pyrenees team. Jelinek, who is an excellent no dribble shooter, can be a very dangerous spot-up player and can be powerful off screen as it is shown by more than 41% of  3 point shots he is scoring in this EuroCup.