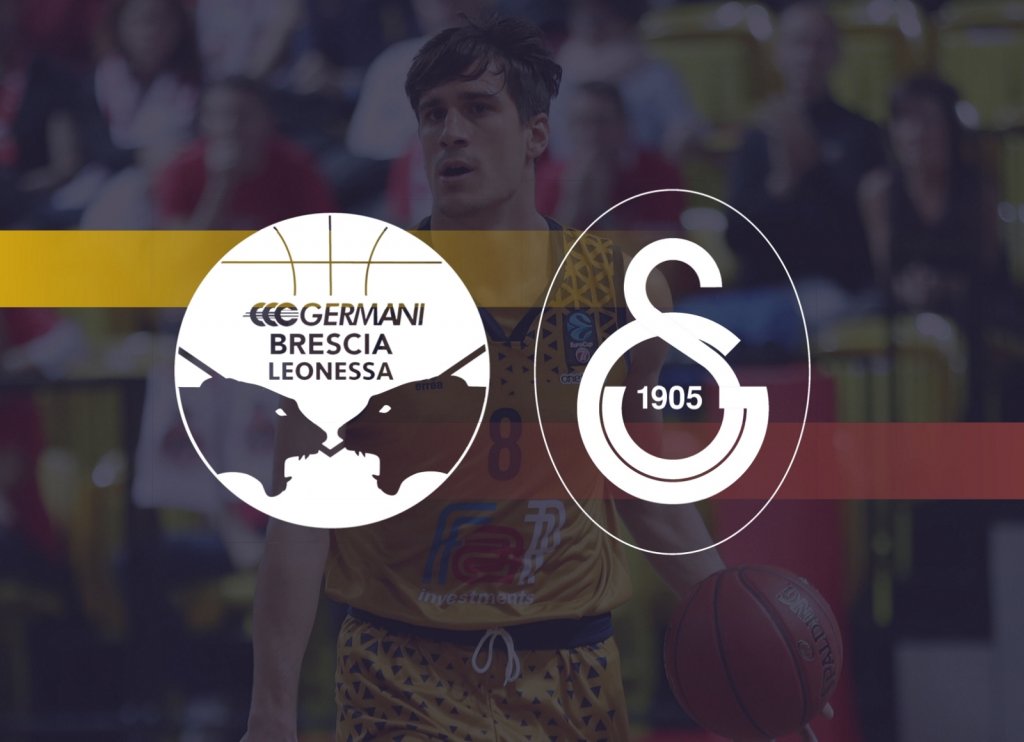 This will be the second consecutive European game at PalaLeonessa for Germani, which is ready to host the experienced Galatasaray on its home parquet floor for Round 8 of the 7DAYS EuroCup.

The game against the Turkish team is a real crossroad for the European season of Leonessa: in fact, a win would keep expectations alive any longer, in an historical classification in the TOP 16. The same for Galatasaray, back to success in the last round against Ratiopharm Ulm and determined to achieve its first away win in the EuroCup of its season. These are the games of Group A:

HOW TO TAKE PART IN THE GAME – In order to attend the eighth European game of Leonessa, it is possible to buy tickets online on Vivaticket.it website. The tickets for the challenge against Galatasaray could also be purchased at the box office at Palaleonessa on 21st November starting from 7:00 pm.

MEDIA – The EuroCup game between Brescia and Galatasaray will be shown live on EuroLeague TV and by streaming on Eurosport Player (in Italy). Fans will be able to follow the game tuning in Radio Bresciasette (http://www.radiobresciasette.it) and keeping up with the textual direct broadcasting on Leonessa official website.

FIRST ROUND – In the game played at Sinan Erdem Dome in Istanbul, Germani Brescia Leonessa played field against Galatasaray for 35’ before losing in the final. The performance of Goksenin Koksal, who scored 21 points with an offensive exploit that he never repeated in the following games of the 7DAYS EuroCup, has been essential in the final score of 84-76 for the team of coach Erdogan. For Leonessa, the performances of Bryon Allen and Awudu Abass, who both scored 17 points, as well as Jordan Hamilton, who scored 18 points, were not enough in order to win away.

FOCUS ON THE PLAYERS –  In 2015, the University of Kentucky was the absolute favorite one for the final win of the NCAA division. After 38 consecutive wins, the team of coach Calipari lost the semifinals of the game against Wisconsin losing the chance to win the title of undefeated team 39 years after Indiana of Bobby Knight. The twins Andrew and Aron Harrison used to play in that very talented team (6 players were chosen for the NBA Draft).

In summer, this last player, after playing 37 NBA games, decided to attempt the European adventure by signing with Galatasaray, of which he is the top scorer in the EuroCup averaging 15.8 points per game and 45% of three point shots. Aside from the game against Red Star in which he only scored 6 points, Aaron Harrison always scored double digit including the first round against Brescia in which he scored 14 points. He is an opponent to keep an eye on for sure.