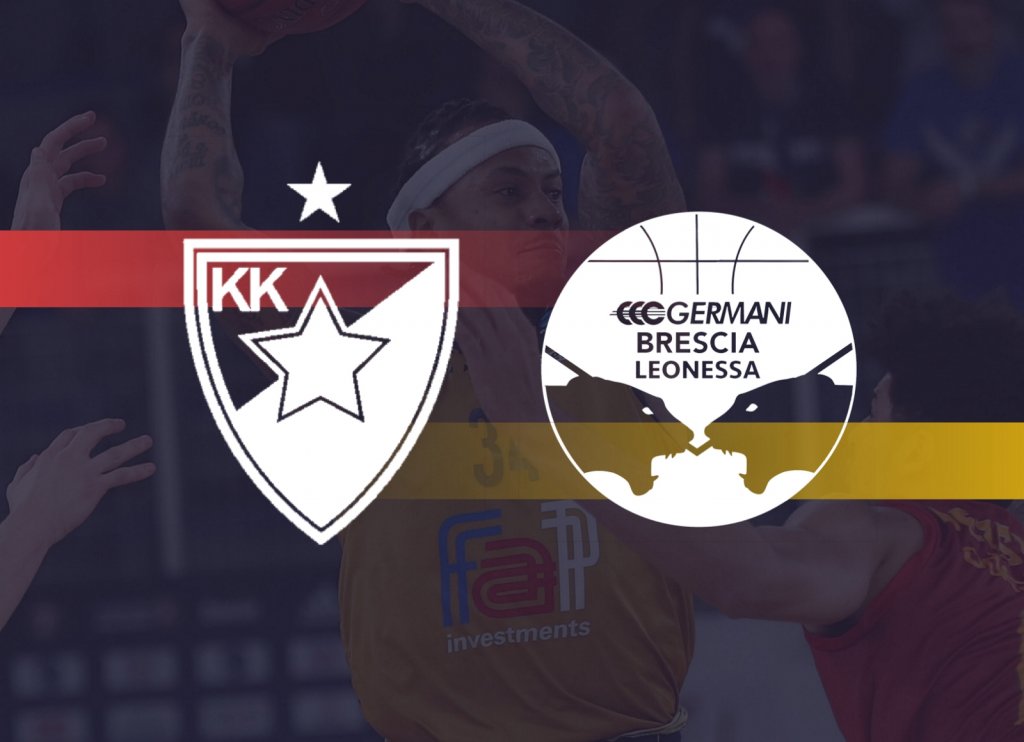 This is the last European away game of Group A for Leonessa, which is going to fly to Serbia to play against Crvena Zvezda MTS Belgrade in Round 9 of the first round of the 7DAYS EuroCup.

The team coached by Andrea Diana is going to Aleksander Nikolic Hall after its home game success against Galatasaray, which rekindled hope to achieve a historical qualification to the Top 16. The game, not crucial for the purpose of the qualification, is highly difficult as Red Star considers the home game as the more favourable opportunity to stop the negative trend of three consecutive losses with which it will play the game. Hereunder the games of Group A:

MEDIA – The EuroCup game between Brescia and Crvena Zvezda will be shown live on EuroLeague TV and by streaming on Eurosport Player (in Italy). Fans will be able to follow the game tuning in Radio Bresciasette (http://www.radiobresciasette.it) and keeping up with the textual direct broadcasting on Leonessa official website.

FIRST ROUND – The first round game played at PalaLeonessa was the first European win in the history of Germani. It was a magical night for the white and blue team which, after beginning with 24-2 break by the Serbian team, was able to turn over the score by allowing only 7 points to the opponents in the second quarter and finally winning with an excellent team performance in the second half. Gerald Beverly was amazing with 15 points with 5/5 FT and 5/6 FG.

FOCUS ON THE PLAYERS – With 29.3 combined points per game, the key players of Red Star are the backcourt couple Joe Ragland and Billy Baron. This last one in particular was the best red and white scorer of the first round game in which he scored 22 points, not enough for the Serbian team to win at PalaLeonessa. Excellent shooter, very dangerous off screen, Baron is now scoring 50% from the arc in the EuroCup. With regard to Ragland, instead, his main feature is pick-n-roll: on ball screens, the points made by the point guard from Springfield, scored by himself or through an assist, are more than 15 per game.