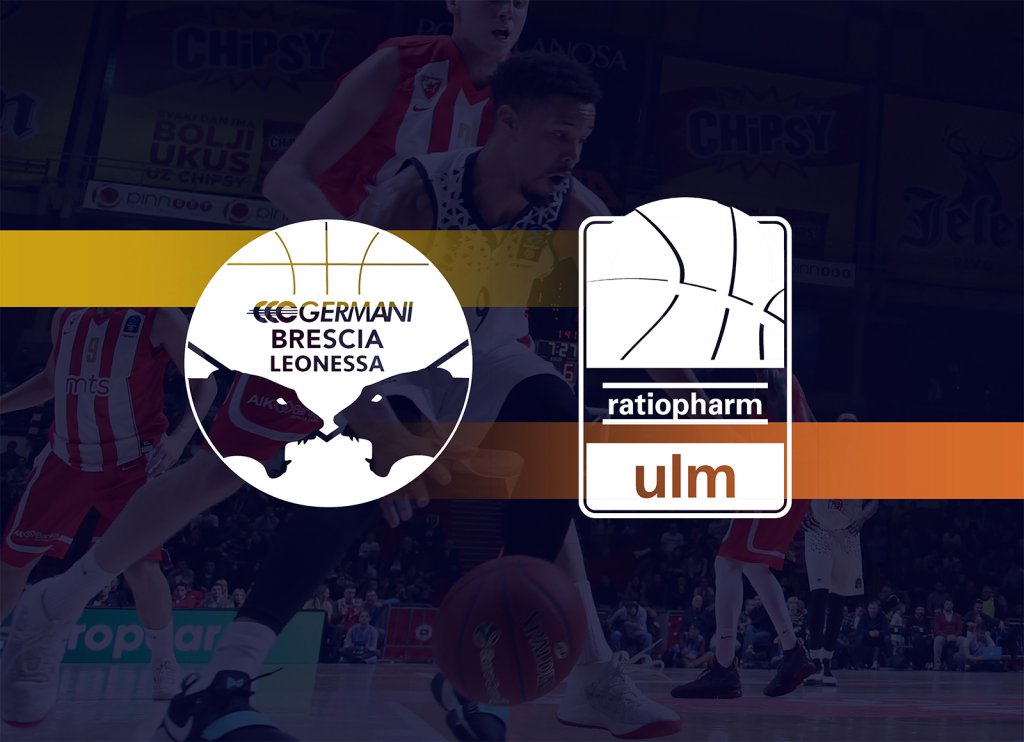 The obstacle between the European dream continuation and Leonessa is called Ratiopharm Ulm. The last qualification round game is like a final game for Germani Brescia Leonessa which can reach the Top 16 in two different ways: winning against the German team before the overtime and with at least two points difference, or winning by any score but hoping that Galatasaray wins domestically against Red Star. Anyway, only a win would allow Leonessa to go on. At this point, the team coached by Diana would rank forth in the Group A and would eliminate right Ratiopharm Ulm which is actually staying ahead of Leonessa with 4 wins against 5 losses. These are the games of Group A:

HOW TO TAKE PART IN THE GAME – In order to attend the European game of Leonessa, it is possible to buy tickets online at Vivaticket.it. The tickets for the game against Ulm can also be purchased at the box office at PalaLeonessa on 19 December from 07:00 p.m.

MEDIA – The EuroCup game between Brescia and Crvena Zvezda will be shown live on EuroLeague TV and by streaming on Eurosport Player (in Italy). Fans will be able to follow the game tuning in Radio Bresciasette (http://www.radiobresciasette.it) and keeping up with the textual direct broadcasting on Leonessa official website.

FIRST ROUND – In the game played at Ratiopharm Arena, Ulm won by 83-82 in a very dynamic final. At the end, the basket by Katin Reinhardt in the final seconds of the game was essential. 23 points scored by Jordan Hamilton, which are the best performance by the Californian player playing for Leonessa so far, were not enough for Brescia.

FOCUS ON THE PLAYERS – Besides being the more powerful player averaging 14.5 points per game,  Javonte Green has also beenthe most constant so far, always scoring double digits. In the first round, his performance (19 points with 4/7 two point shots and 3/5 three point shots) was crucial for Ulm, which won against Brescia with a basket scored by Reinhard just before the buzzer.

The former player of Trieste has many offense features but his main quality is certainly the transition game deriving from steals. Green is the first player in steals in in the whole EuroCup (3.5 per game) and one of the best scoring points in transition (4.4 per game, 1.3 every time he steals the ball).